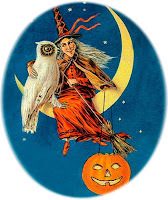 Happy October greetings from a cloudy, wet Martha’s Vineyard. I am not complaining, however, as we needed the rain.

Properties showing under contract in LINK today number at 55, which is promising for a productive 4th quarter. The 4th quarter in 2009 was the strongest quarter last year…let’s hope for the same this year. Of these 55, 23 are over $1M with one topping the $10M mark, so the upper end of the market appears to be strong. One recent sale in Chilmark does, however, show that this current downturn in the market affects all prices ranges. A home along the south shore that sold in 2007 for $8.75M just sold for $5.4M last month.

Interest rates again are offered at historic low rates and continue to help buyers “get off the fence”. This trend is expected to continue through the remainder of the year which is contradictory to predictions from last spring. Just like TV weathermen, economic forecasters can be wrong!
Posted by RE/MAX on island at 2:27 PM No comments: