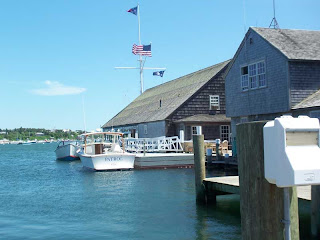 We finally have a sunny day on the island…one of the few in the last 30 days. March brought us the rains we usually expect in April; record rainfalls according to the weather reporters.

March also brought us a strong number of sales; 24 to be exact. This is a consistent number when looking at the sales in January and February of this year. The “mean” price for March was $655,000 with 5 of the 24 sales exceeding $2M. This “mean” price is up from $635,000 in February. I find this to be a strong indicator of a busy spring market.

There are many reports nationwide that say we are “set” to come out of this down market. I truly hope they are correct.

You can now visit us on facebook; please become a fan. Also, take a look at our Youtube channel as we are now videotaping our listings and marketing our listings in this fabulous venue.

As a reminder, interest rates are still holding at historic lows although banking standards and underwriting reviews are stricter than before. Loans that used take 3-4 weeks for approval are taking 6-8 weeks in many situations. I find local banks are much easier to deal with than off island lenders.

The first week of April has been quite busy for everyone here at RE/MAX on island. There are plenty of qualified buyers around and many are submitting offers. Also we have just received 2 new quality listings, so please visit our website and take a look. Now is a great time to buy and, if you are selling, a great time to advantage of the many buyers in today’s market.
Posted by RE/MAX on island at 9:04 AM No comments:

The following article was published on The Massachusetts Association of REALTORS
WALTHAM, Mass. – March 31, 2010 –

"February was another good month for the Massachusetts real estate market as momentum continues to build toward more normal market levels across the state,” said 2010 MAR President Kevin Sears, broker/co-owner of Sears Real Estate in Springfield. “While more homes for sale would help ensure prices stabilizing, it was a positive sign that February had the smallest percentage drop since year-over-year inventory declines started 23 months ago.”

There were 1,882 detached single-family homes sold this February, a 14.3 percent increase from the 1,647 homes sold the same time last year. On a month-to-month basis, home sales were down less than one percent from 1,897 homes sold this past January.

The condominium market saw February inventory decrease by 6 percent from last year (11,028 listings in 2009 to 10,362 listings in 2010), which translates into 13.1 months of supply, which is down from 16 months in February 2009 and up from 11.1 months this past January. This is the 23rd straight month that inventory has gone down compared to the previous year.

Posted by RE/MAX on island at 8:14 AM No comments: